A version of this cartoon was tentatively accepted for publication by Brill's Content, Steven Brill's magazine of press criticism, in their premiere August 1998 issue. The cartoon was later rejected, however, reportedly because Brill didn't agree with it - thereby proving the cartoon's point that media owners ultimately call the shots. It was published in the July/August 98 issue of Extra! (from which this text was adapted). James Ledbetter also wrote about it towards the end of his June 17th, 1998 column on content in the village voice.

The Sept/Oct Mother Jones has an interview with Brill. 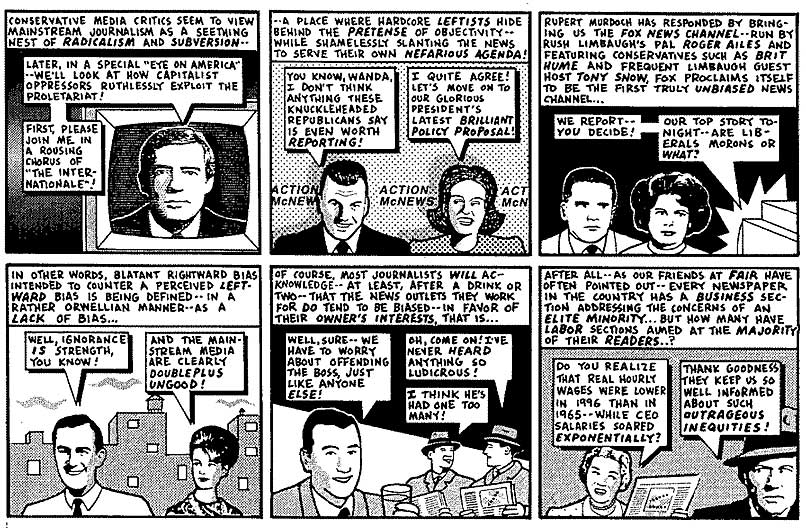